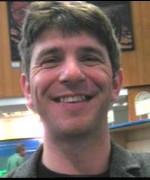 Frederic Boy (PhD) is a multidisciplinary scientist (Data Science, Psychology, Neuroscience) educated in Grenoble University (BSc, MSc), University of Edinburgh (MSc) and the CNRS (PhD). During his postdoctoral training at the world-class Cardiff University Brain Research Centre (CUBRIC), he was funded by the Wellcome Trust and part of the team that developed one of the first technique to image functional chemistry in the living human brain. Since joining Swansea University in 2012, Fred’s team developed the applied aspects of his research, and worked on how weak electrical brain stimulation can become an efficient adjunct treatment for various medical conditions (such as depression). In 2017, Frederic decided to join the School of Management and apply his analytical and coding skills to the digital epidemiology of technology adoption.