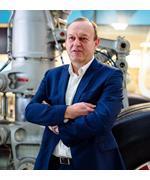 He holds a Personal Chair in Engineering, Swansea University, where he is the Deputy Head and Director of Innovation and Engagement.

He directs the £14.3 Mio ASTUTE 2020 (Advanced Sustainable Manufacturing Technologies; www.astutewales.com), part-funded Welsh Government, five year, four university partnership operation. This is a follow-on operation to the original £26.7 Mio pan-Wales, eight university partnership, five year ASTUTE project that brought together academics and manufacturing companies to collaboratively work on advanced topics in manufacturing in sectors such as aerospace, automotive and medical engineering. This project generated over £200 Mio economic impact for the region. He also directs the EPSRC part-funded, £2.2 Mio industrial doctoral training centre MATTER (Manufacturing Advances Through Training Engineering Researchers), in which future engineering leaders will carry out collaborative research work with industry and will graduate with a doctorate. All his projects involve extensive collaboration with industry in the face of a rapidly changing technology base.

He is Editor-in-Chief of the International Journal “Applied Mathematical Modelling” as well as being on the editorial board of several other international journals.