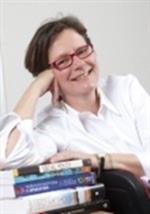 I  now hold an honorary appointment, having formerly been an Associate Professor in the Department of Public Health, Policy and Social Sciences and researcher with the Centre for Innovative Ageing. I have an inter-disciplinary background in Demography, Social Policy and Sociology.

Having worked previously in France, New Zealand and Mauritius, my research reflects a mixed-methods perspective to population ageing and its implications for policy and development, intergenerational relationships and more recently, older people’s housing and social care needs in the community. My academic trajectory has involved work as lead and collaborator on European and international research projects (e.g. United Nations Fertility and Family Surveys; ESRC-EC International Comparisons of Family Policies in Europe;  New Zealand’s Foundation for Research, Science and Technology projects on fertility and family formation).

Since working at Swansea I have collaborated and led on research funded through government, charity and third sector organisations (e.g. Health Care Research Wales, Dunhill Medical Trust, Health Management Trust, Electrical Safety First, Care & Repair Cymru) on a range of areas including housing adaptation interventions (SAIL database); older people’s use of technology; extra-care housing; and intergenerational interventions in care settings. I have contributed in lead and advisory roles to the work of the Welsh Government’s Expert Group on Housing an Ageing Population and its Ministerial Advisory Forum on Ageing; and to research on housing issues from older people’s perspectives through the Centre for Ageing and Dementia Research (HCRW) under the broader umbrella of environmental gerontology.

Beyond Wales, I co- host the European Network on Housing Research working group “Housing & Living Conditions of Ageing Populations” and am currently Advisor to France’s National Institute for Demography (INED) on research impact for housing and later life. I write and review for leading academic journals in the fields of Social Gerontology and Sociology and supervise PhDs on topics relating to my research expertise.